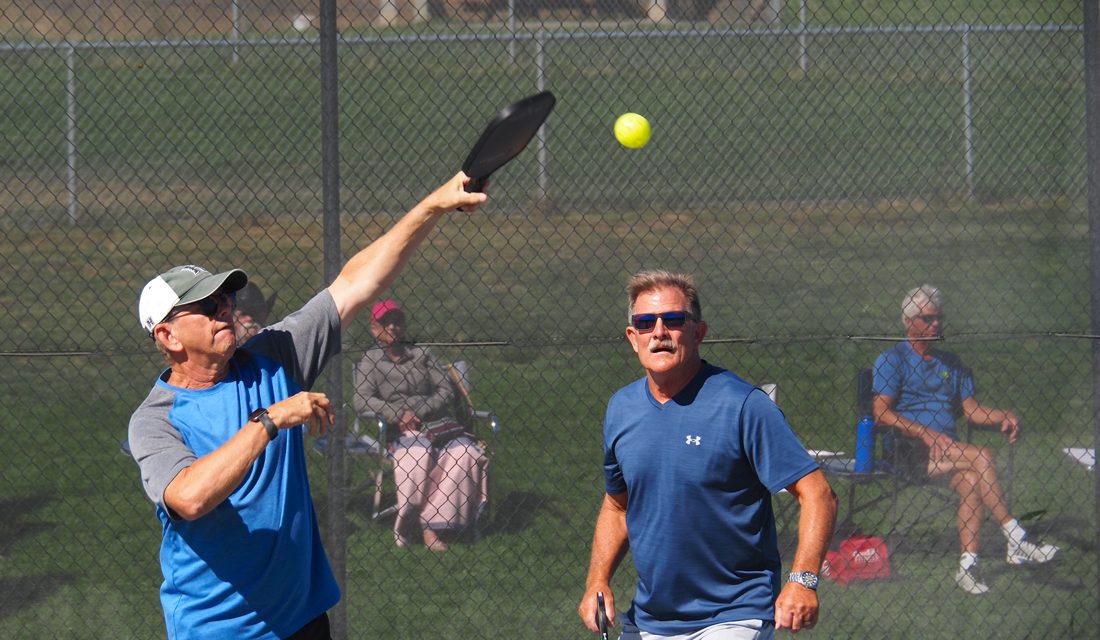 At first glance pickleball doesn’t really seem to be a sport offering up very much: low net, medium-sized wooden paddle and a hard plastic ball that makes an odd ‘click’ sound when hit.

It doesn’t have the speed or complexity of tennis, lacks the zing of racquetball and the depth of squash. In fact, only badminton seems to come remotely close, but that too is a poor comparison.

Yet it’s popularity is growing by the day. And the numbers surely don’t lie – in a recent survey of pickleball in Canada it is clear that not only the sport is growing, it’s growing rapidly, tripling the number of players in just two years. In fact Canada now has more than twice as many pickleballers than the US does.

But here’s where it gets interesting: the fastest growth is coming from. . . wait for it. . . the millennials! Yes indeed, pickleball players aged 18-34 registered a 26 per cent growth rate in numbers over the past two years.

Now this might be somewhat confusing if you’re standing and looking at a pickleball court in Osoyoos, where most assuredly, the average age of a pickleball player is a wee bit north of a millennial’s age.

Here the sport is more of a retirement recreation given the substantial population of retirees and there are a few things about pickleball that help explain its growing popularity, not least of all say pickleballers, is fun factor.

In fact, the study showed 62 per cent of all players cited  “fun” as the primary reason for playing. The boomers alone pushed that number up to 89 per cent.

“Anybody can play, the cost to play is very, very low – a paddle and ball is all you really need,” explains local pickleball enthusiast David Kittner.

“It’s a great way for those who may not have a sport background that they can come out and be active, and be social. The benefits mentally, physically, emotionally and socially are huge and it ticks all the boxes,” he added.

“At the end of the day no matter who you talk to they’ll say it’s a blast.”  And part of this is the easy learning curve because it’s a simple and straightforward sport. You can pick up a paddle  and after five minutes of instruction you can play a game,” Kittner said.

It’s also a sport that’s not about being the biggest, fastest or strongest like football or hockey, he added.

Last week saw the Desert Pickleball Club hold its first inter-club tournament with 50 of its 135 members playing in the tournament across two days according to co-organizers Donna Brain and Kurt Bausenhaus.

They said the club is keen on holding an invitational tournament which would draw participants from around the Southern Interior and help boost local tourism-related businesses but there just aren’t enough courts in Osoyoos.

“We just thought we’d like to have a club-only tournament just as an experiment and our vision is to have an open invitational tournament to draw participants from Princeton, Merritt, Kelowna and Penticton,” Bausenhaus said. To do a proper tournament they would need at least eight courts, he added.

Because of the popularity and the limited number of courts – four outdoor courts alongside courts within the Sonora Centre – the club has been forced to freeze its membership intake.

“So we definitely need more courts,” he said. Brain notes that because the younger generation is interested in pickleball, it’s possible schools might implement it in their curriculum down the road “because it’s becoming so popular so it’s gonna be something”.

The two said the club actively fundraises and is hopeful that the town might consider building more courts sometime soon.